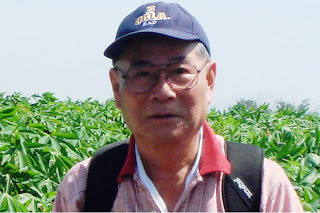 
Publications:           Author of over 157 scientific papers, of which 35 in refereed journals (All but three as senior or corresponding author), 5 books and at least 6 book chapters.  Author of numerous Symposium and Workshop articles


March 1997          Medal for Contribution to Vietnamese Agriculture, from the Ministry of
Agriculture and Rural Development of Vietnam (Individual award)


July 1997             Commendation at the Ministry of Foreign Affairs of Japan (Individual award:
Contribution to tropical agriculture through activities in an international organization)

December 1998 Royal decoration in the third class of the “Most Exalted Order of the White Elephant” by the Thai government (Individual award: Establishment of cassava breeding research system and contribution to Thai agriculture research and production through development of new cassava varieties)


September 1999   “Friendship Award” for Foreign Experts, from the Ministry of Foreign


・    Physiological and ecological study on the productivity of rice


・    Evaluation of cassava genetic resources for productivity and disease resistance


・    Analysis of environmental adaptability of cassava


・    Genetic analysis of yield and quality traits of cassava


・    Study on the evolution of fighting apparatus in Coleoptera


・    Selection of high yielding varieties of rice in Peru (4 released varieties of which 2 exceeded more than 10,000ha of planted area)


・    Distribution of breeding materials from the above mentioned populations to the breeding programs in more than 25 tropical and sub-tropical countries (Total number of genotypes exceeds 1.2 million of which more than 0.6 million were for Asia)


・    Development and dissemination of recommendable varieties in collaboration with national breeding programs in Thailand, Indonesia, Vietnam, China, Philippines, and other countries in Asia and Latin American (As of the 1999 cropping year, 38 varieties were officially released in six countries in Asia of which 8 varieties exceeded more than 10,000ha and 5 more than 100,000ha of planted area; 15 varieties in Latin America of which one variety exceeded 10,000ha)


・    Near 100 CIAT-related varieties are estimated to have been released in Asia up to the 2007 cropping year and their planted area exceeds 1.5 million ha.


・    Additional economic effects caused by the adoption of these new cassava varieties were estimated to have accumulated to be 1 billon US$ in 2000.


・    Combined additional economic effects caused by new varieties and improved cultural practices are estimated to be near 1 billion US$ in the single cropping year of 2007.


・    A greater part of these economic effects has been and is entering the household incomes of small farmers.


・    Adoption of improved varieties has caused and is causing increased adoption of better agronomic practices which lead to better environmental conservation.


・    Organization of international workshops and symposiums


・    Lecturing and advising in graduate school thesis in several countries


(Published as senior author or corresponding author in 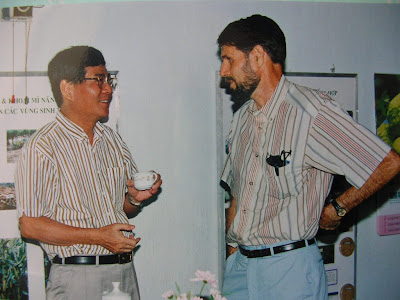 Cassava in Vietnam: a successful story

Cassava and Vietnam: Now and Then 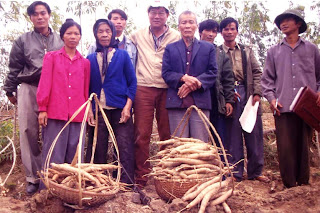