ABSTRACT
In Vietnam, cassava is now the fourth most important food crop and an important source of cash income for small farmers, who either use it for animal feeding or for sale to starch factories. In 2006, cassava production was about 7.71 million tonnes, up from only 1.99 million tonnes in 2000. This was the result of both area expansion, from 237,600 ha in 2000 to 475,000 ha in 2006, and marked increases in yield, from 8.36 t/ha in 2000 to 16.25 t/ha in 2006. There are now 60 cassava starch factories in operation with a total processing capacity of 3.2-4.8 million tonnes of fresh roots/year. Vietnam has recently developed an E10 policy requiring the production of 100 to 150 million liters of fuel-ethanol from cassava per year. Vietnam is now the second largest exporting country of cassava products while animal feed factories also contribute significantly to the increasing demand for cassava roots.

Cassava yields and production in several provinces have more than doubled due to the planting of new high-yielding cassava varieties in about 350,000 ha, and the adoption of more sustainable production practices.

Since 2001-2007, a total of 24,073 cassava sexual seeds from CIAT and 37,210 seeds from 9-15 cross combinations made in Vietnam, 38 breeding lines (mainly from Thailand), and 31 local farmers’ varieties, have been planted. Of these, 98 of the best lines are now in the final stages of the selection process, and the most promising, KM140, has recently been released.

INTRODUCTION
Cassava (Manihot esculenta Crantz) in Vietnam has been rapidly changed its role from food crop to industrial one in the beginning of 21st Century. In 2006, area planted to cassava was 475,000 hectares, with total production of 7.71 million tons of fresh root and average yield of 16,25 tons per hectare (FAO, 2008). As compared to the year 2000, the production increased threefold; fresh root yield augmented twofold with increasing rate of 14.7% annually.

Vietnam is now the second largest exporting country of cassava products after Thailand while animal feed factories also contribute significantly to the increasing demand for cassava root. Cassava starch has become as one of the top seven promising exporting commodities and is attracting attentions from many local government authorities. In Vietnam, there are 60 cassava processing factories in operation, with capacity about 3.2 - 4.8 million tons of fresh root, produce about 800,000 - 1,200,000 tons of starch annually, of which 70% for export and 30% used domestically. Vietnam has recently developed an E10 policy requiring the production of 100 to 150 million liters of bio-ethanol from cassava per year (Hoang Kim et al. 2008).

Vietnam has made the fastest progress in application of new technologies in breeding and new cultivar propagation in Asia, (Kazuo Kawano 2001, CIAT Review 2005). Such progress has been considered as a result of many factors, of which the success in breeding and application of new technologies were the main contributing factors (Hoang Kim et al. 2007). The Ministry of Agriculture and Rural Development (MARD) has planned to remain cassava area around 380,000 to 500,000 hectares from 2006 -2010 and efforts to increase fresh root yield from 16.25 ton/ha in 2006 to 18.00 ton/ha in 2010 by using new technologies, especially in breeding.

To meet the demands raising cassava cultivation, we have caried out the study on the development of cassava cultivar good yield and qualities for different ecological zones in whole country in collaboration by Nong Lam University (NLU) and Vietnam Academy of Agricultural Sciences (VAAS) with International Center for Tropical Agriculture (CIAT). We are also openning of IFAD/ICRISAT Project “Harnessing water –use efficiencet bio-energy crops for enhancing livehood opportunities of smallhooder farmers in Asia, Africa and Latin America”. The objectives of this study cover in: 1) Current situation of cassava production and consumption in Vietnam; 2) The selection of cassava doubled haploid (DH) lines derived from CIAT. 3) Lessons learned from the Vietnam Cassava Program and the potential of cassava as a bio - fuel feedstock for increasing demand of cassava.
Được đăng bởi foodcrops tại 10:37 PM 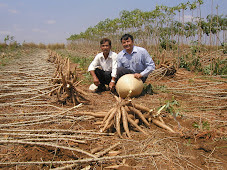 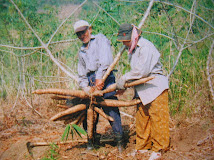 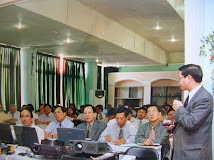 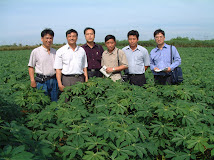 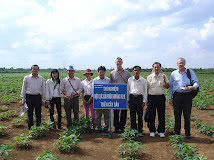 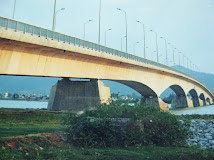